How Accurate Do Your Mine Surveys Need To Be?

We had a lively discussion with two experienced mine surveyors during the inaugural launch of the Skycatch monthly series of expert roundtables and thought leadership webinars. 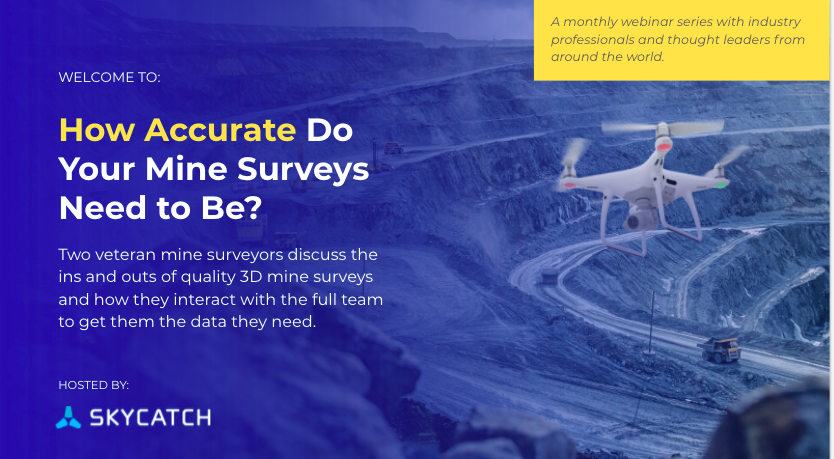 We are grateful to Simon Jamieson and Kylan Borton for sharing their expertise and experiences with surveying at their respective coal mining sites in Australia and Canada.

Following are some highlights of what we learned during the discussion.

The Stakeholders and What They Care About

Today, 3D data is collected through various means including drones, laser scanners, handheld GPS devices, and others. There are a variety of stakeholders for this data. They range from short-term engineers, geologists, geotechnical engineers, environmental specialists, production supervisors, and more. Even company shareholders and outside auditors can be a stakeholder in the data captured.

As an example, short-term engineers care about what material is being moved and how much. They want to understand how much is left and exactly what do they have in the dump. The more accurate the data, the better decisions they can make for planning and moving forward at the site.

Geologists and geotechnical engineers are interested in highwall data for identifying highwall faults. Simon discussed one recent example of 3D highwall data collection for a pit that they no longer had access to due to geotechnical reasons. Being able to safely capture the data from a distance was key and allowed them to make an informed decision on that site.

As Kylan highlighted in our discussion,

"There is nothing worse than going out and capturing data the stakeholder can't use!"

Pre-job planning and reviewing visuals of the site with the stakeholder prior to heading out into the field to capture the data is key according to both of our webinar guests.

Best practices included reviewing screenshots, Google Earth shots, and even previously captured Skycatch visuals with the team to identify the exact locations and discuss what they want from the data.

Simon indicated that the surveyor should find out what accuracies and tolerances the user of the data needs as well. This, in addition to the timeline, gives the surveyor a better idea of which tool is best for the job.

When Does Accuracy Matter Most?

Both Simon and Kylan agreed that for the types of surveys that they do, at the coal mines, it is imperative that the stockpile surveys are better than 5 centimeters accurate. Additionally, when mapping highwalls that require high-resolution output and the ability to create efficient and safe pit plans, accuracy again becomes an extremely important aspect.

For standard surveys, for example - measuring week-to-week changes in the pit, it does not need to be as accurate. Ten centimeters is good enough in those cases. For drone capture, this means they can fly at higher altitudes to cover more area in less time.

There are various tools in the kit for surveying at a mine, including a GPS unit connected to an RTK network, a terrestrial laser scanner, and more recently, fixed-wing and quadcopter UAVs. 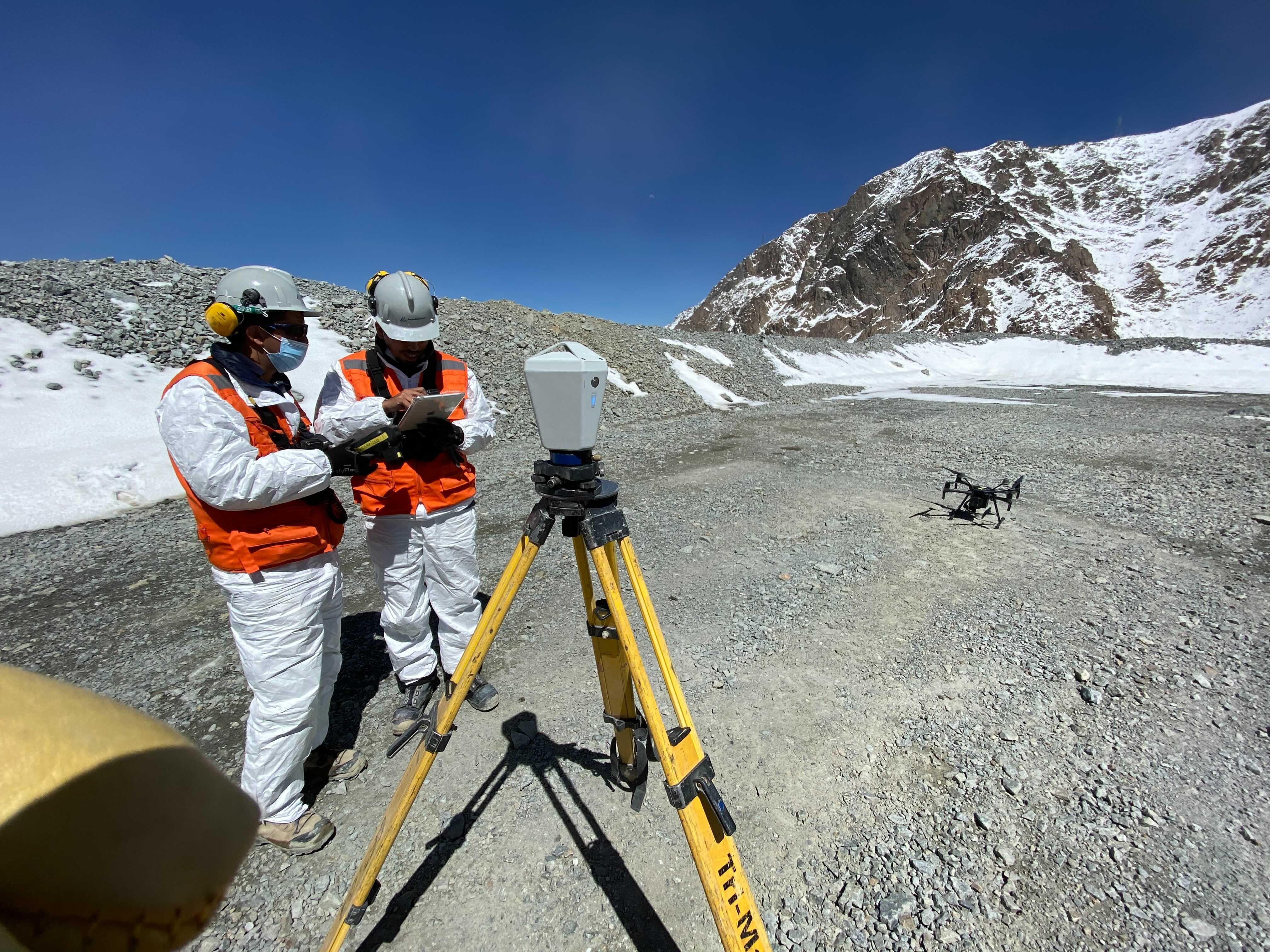 According to Simon, terrestrial laser scanners were the tool of choice in the past. But, as the team became more and more proficient with drones, he indicated...

As for reporting tools, it depends on the output and uses required. Some mines - like the one where Simon works - have an active mine model in the form of a point cloud that is updated on a regular basis.

What Does the Future for Mine Surveys Hold?

Kylan: We are out of the infancy of drone technology. In Canada and elsewhere, beyond visual line of sight is coming to fruition in places and will come to mines soon. I'm excited to see that range increase and see what we can do there.

Additionally, our mine is transitioning to autonomous mining, with robots and haul trucks. These will require interaction with the survey data that we capture.

Finally, even machine control systems and remote work and remote access. The use of drones will be the eye in the sky the people that can't be there. There is a bright future in the world of drones. Complete package, high accuracy data has enabled this.

Simon: You want to be able to cover larger areas and process data even more quickly in the future. This will dramatically improve how things are done in the future moving from more of a static model to an active, live model.

Thank you to both of our expert guests for sharing your thoughts and experiences with all of us. To listen to more from Simon and Kylan, please be sure to check out the entire webinar. You can access it by filling out the form here.