Webinar Recap: How Aerial Data is Revolutionizing the Mining Industry 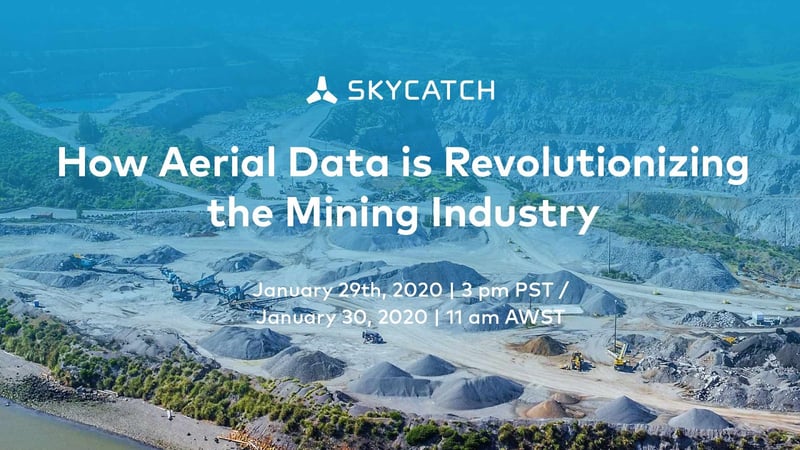 Last week, we hosted our latest webinar, “How Aerial Data is Revolutionizing the Mining Industry.” As the mining industry looks to find new ways to enhance safety and production efficiency, aerial data is quickly becoming a powerful tool that gets surveyors out of the pit while providing the same quality data faster than traditional methods.

We were joined by Simon Jamieson, an experienced Mine and Engineering Surveyor who has previously worked with Anglo American and joined the Skycatch team as Customer Success Manager for the Asia-Pacific region. In this webinar, Simon and our Founding Engineer William Pryor go over comparisons to traditional workflows, use cases for aerial data, and what’s around the corner for the mining industry.

Who Can Use Aerial Data? 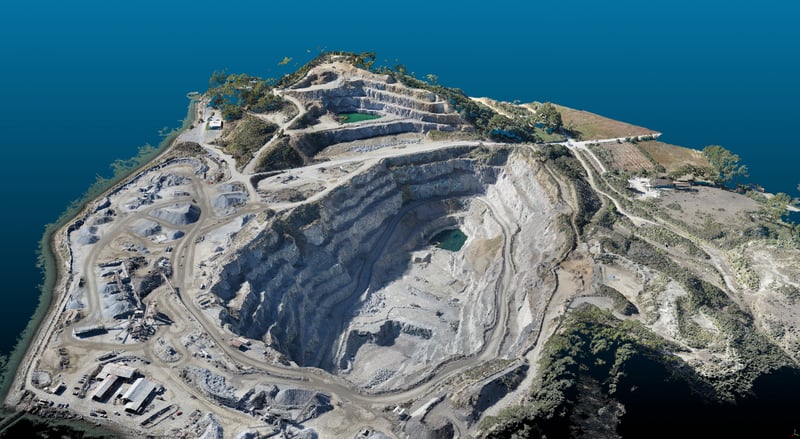 The webinar kicks off by describing who can make the most use of the aerial data. As it turns out, once the data starts getting circulated within an organization, the data touches nearly everyone.

This normally starts with the Survey Department. The nature of aerial data makes it easier to collect data regularly and at better quality compared to other methods. This starts a snowball effect through other departments, helping Engineers and Geologists make better decisions with superior and more timely data.

For example, aerial data systems allow the capture of an entire dig area in one flight - and the top-down view from the air means that there are no holes in the data - while also allowing you to capture data while heavy machinery is in operation. For Drill & Blast teams, captures can be completed while drill preps are being done, even as heavy machinery like dozers are actively working. This enables the team to get constantly updated data without having to wait. It is also a useful tool for Geotechnical Engineers and Safety Departments, as it allows them to use the aerial data captured to better monitor areas previously inaccessible, such as High & Low walls. 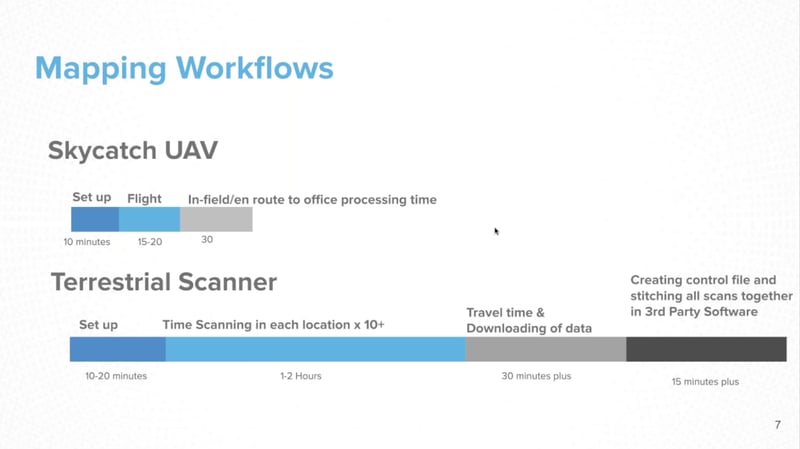 Terrestrial scanning has long been the go-to for capturing 3D data. Comparing that workflow to an aerial data system, the time taken to capture, process, and utilize the data is reduced by 60-75%. Quality of data is improved using aerial data, as it is free of shadowing and holes that would normally appear from terrestrial scanning.

Aerial data systems vary in their capabilities. Many solutions require the use of ground control points (GCPs), which often remove the time-saving and safety benefits of an aerial data solution because surveyors enter the pit to survey the points. Other PPK solutions eliminate the need for ground control, but require processing of the data using powerful computers and 3rd party software.

The Skycatch High Precision Package (HPP) is integrated GCP-free solution that utilizes the Edge1, a proprietary Skycatch technology that allows for the processing of your data in-field, immediately after the capture flight without internet connection. This workflow takes advantage of the drive back to the office to process your data. The available outputs are point clouds, orthophotos, and other 3D data, localized to site-specific coordinate systems.

The HPP system is accurate to 5cm, and Edge1 comes with a built-in accuracy checking tool, utilizing known checkpoints to give you confidence in the accuracy of your data capture.

What’s Next for the Industry? 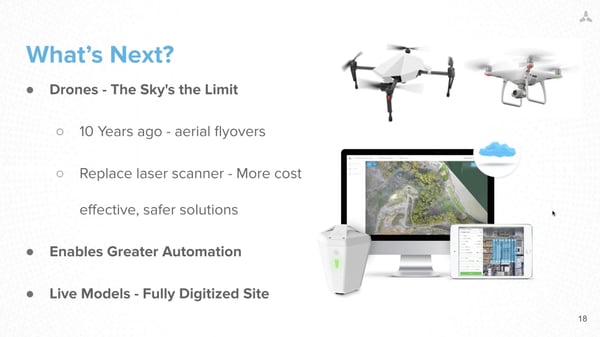 When Simon surveyed for Anglo American, drones were initially adopted to help reduce the reliance on costly monthly aerial flyovers by planes. The more they used a drone-based aerial data capture system, the more value they began to extract from it. Soon, many of the tasks the survey team used laser scanners for were replaced with an aerial data workflow because of the safety benefits, faster capture speed, and higher-quality data.

As more mining companies transitions from static models - planning based on data from two periods of time - to a live model system, aerial data capture will become integral to mining operations. Machinery like dozers, shovels, and draglines are increasingly outfitted with GNSS systems and have data capture devices of their own. Feeding that data into live site models captured by aerial data systems means that a constantly evolving site is always up to date for better decision making.

This recap only scratches the surface of what was covered in the webinar. To learn more about aerial data applications in highwall mapping, UAV best practices, and more, fill out the form below to watch the webinar in full.